Skip to content
My Tweets
Posted on October 30, 2017 by JustJen

Jackie Chan is back doing what he does best – though this time watching him perform his own crazy dangerous stunts had me worried that the 63 year old might break his back or worse. But let’s face it, there really isn’t cause for concern, because when it comes to getting the job done, if anyone can, Chan can.

When a terrorist attack shocks London, the Authentic IRA are quick to claim responsibility. Their action not only puts pressure on Government official and former IRA leader Hennessy – Liam Hennessy (Pierce Brosnan), to find the rouges in the ranks, it also causes Ngoc Minh Quan (Jackie Chan) to lose his only daughter.

Having previously put his past behind him to run a quiet and respectable Chinese restaurant, Quan once again steps into the darkness to seek revenge. When bribing the London police and going to Ireland to politely ask Hennessy for the names of the bombers fails, Quan lets them know he isn’t to be ignored and he isn’t backing down without a fight.

On top of The Chinaman’s constant tormenting and toying of his henchmen, and making him look weak in the eyes of his fellow Irishmen, Hennessy also has to deal with the fact that there is a traitor in his midst. 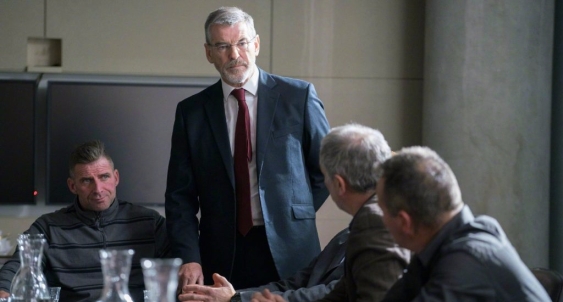 So what was good about this movie? Well mainly it was Jackie Chan. Let’s face it, that’s pretty much the main reason why anyone would have gone to see this movie. The whole the death/capture of someone dear to the protagonist making him/her dust off his/her old ways and go on a killing spree to enact justice thing is far from new.

The action scenes were good, though nothing spectacular that wasn’t already ruined by the trailer. The fact that Quan looked battered and bruised, and like a tired old man helped with the authenticity of his character. He wasn’t pretending to be a macho man, he was an old and experienced dad racked with guilt. Piggybacking off of this, what also helped with the believability of the character was the way Quan used his surrounding to his advantage in a fight, which solidified his background as a special forces veteran during the Vietnam war.

Shout out to Charlie Murphy (Happy Valley, Rebellion, Peaky Blinders Series 4) who also starred in this movie. She’s a notable Irish actress so I wasn’t surprised by her appearance but I like her and I’m glad she’s gaining traction. 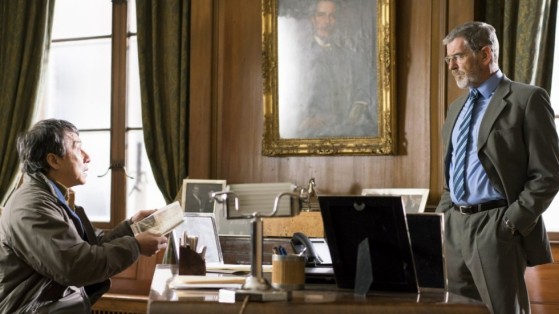 While Quan and Hennessy’s cat and mouse game was afoot, the wider aspects of the plot to do with the hunt for the Authentic IRA and their next ploy was agonisingly slow to unfold to the point you forgot they were even players in the game.

Finally – and correct me if I’ve missed something – but I don’t understand why the movie had to be called The Foreigner. The book it was adapted from was called The Chinaman, which makes sense, but calling the movie The Foreigner when Quan stipulates he is a British Citizen left me wondering if the title was to some degree a little offensive.

The Foreigner worked for what it was – a standalone movie about one mans quest for revenge – and I hope it stays that way. The topic of the IRA, Irish politics and the community as a whole was something I was completely there for and would like to see more of whether in film or TV.

4 thoughts on “Film Review: The Foreigner”